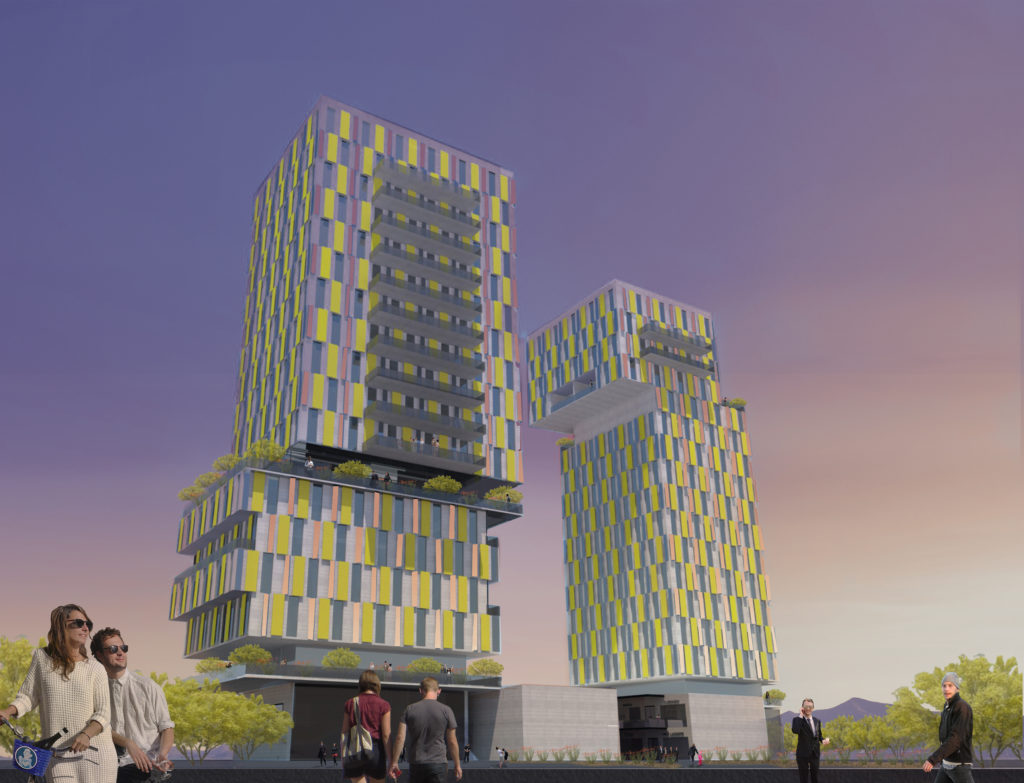 The null communication that towers have at the moment with people, reflect the reality that society lives, which is impersonal and automatic. Thearchitectonic organization inside this type of structures divide the social stratum and generate a recoil in the interaction between programs, in consequence, different situations and experiences never come to life. The Vertical Landscape Building produces common spaces that invite users to change their routine and social interaction with everyone inside the construction by generating new trajectories that incorporate nature and introduce her to the immediate context of users. The project takes place in a high plateau surrounded by an irregular topography; the area generates important views of the immediate and distant context that influenced the punctual localization of the building. The volumes were produced by creating a vertical network of discontinuedconnections between programs, reflecting an irregular form in the exterior, that depending on the perspective of the user, it changes its physical morphology.

In the transitional levels between programs, a space was created in order to break the routine of the users paths to make them change their vertical connection (elevators), in a way that new interactions between activities are generated. At the same time, the transition spaces have terraces that include native vegetation (Palo Verde Trees and Ocotillo), these produces a visual relationship with the distant landscape and the changing environment, merging the interior with the exterior. The Palo Verde tree gets blurred with the yellow façade and creates a constant change in the different seasons of the year, turning from yellow to green. 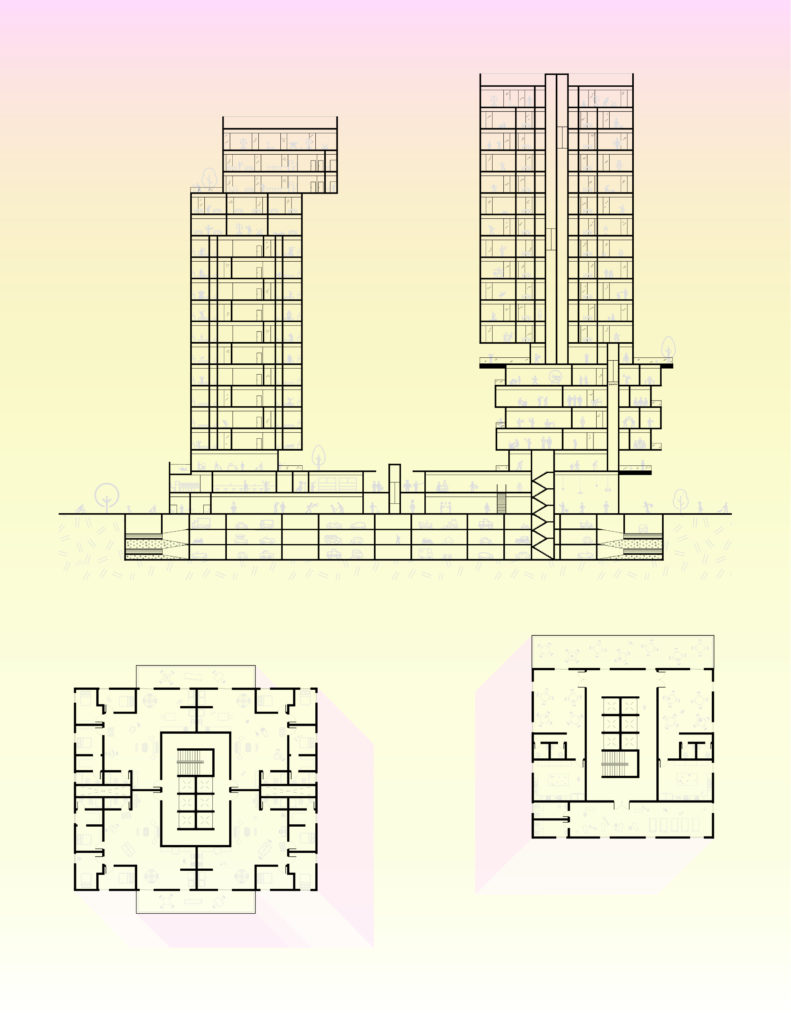 The façade contains a rhythm between the precise elements with the function of generating a mixture between what is built and its landscape. The yellow panels get mixed with the colors of the Palo Verde in the terraces and also in a bigger context. The reflector glass produces an interaction between the building and the sunsets that happen in the horizon of the mountain range, reflecting the dusk in the building.